We know everything about the past and nothing about the future. Our future always will be a shot in the dark. Unexpected twists and surprising solutions, they could pop up at any moment. Nobody can predict the future, so this edition of BLA is gonna go back .. way back. We delve into the dusty archives and search for the origins, mistakes and fun facts you might not know about some world-famous brands.

In today’s society, brands have become a part of our vernacular. We’re surrounded by Kodak moments, Colgate smiles and we couldn’t stop ‘googling’ to save our lives. You could take that as a compliment to the brand, but it does endanger the brand’s exclusivity. ‘Aspirin’ used to be a renowned brand, but we now we call any old painkiller an aspirin. Roller Blade used to be a brand as well, now it’s become a verb. In brand theory, they call this sort of development ‘branduct’. The brand name has become a synonym for the product class. There are so many examples of this. Look at your desk, are you writing with a Biro or a ballpoint pen?

McDonald’s, Lacoste, Kraft, Kellogg’s, Nestlé, Packard, Pirelli… There are so many brands that carry their founder’s name, especially when it comes to car brands. Every brand and every founder has their own specific success story. But what happened before the fame? Did you know William Colgate started out as a candle maker and King Gillette once had a dream about a razor!

A particularly nice story is that of businessman Henry John Heinz. Until the age of 48, he just used to be an expert in pickling and making preserves. He was on a train one day and saw a billboard about shoes that could be bought in 20 different styles. He started counting all the goods in his assortment. He stopped counting at 57, even if he had more products to count. He thought 57 was a powerful number.

In 1892 he and his ad developer plastered every tram in the U.S. with he message ‘Heinz and his 57 varieties’. That number can still be found on all Heinz products today. He also built a 985 feet pier off the coast of Atlantic City where people could watch cooking demonstrations and attend exhibition. He was also the first to construct a lit-up billboard of more than 1,000 light bulbs. Heinz was a true marketeer.

Volkswagen found their fame in an entirely different way. In 1932, Hitler granted Ferdinand Porsche the opportunity to create a cheap car for the people. Porsche was successful in his task and presented a couple of prototypes. Hitler had a factory built in Fallersleben, where the first Volkswagens rolled off the assembly line in 1940. In 1945, the Americans took over the factory in order to supply the Brits with new vehicles. The production never came to a halt and new models were developed.

Volkswagen has grown into an international group that can also call Skoda, Bentley, Lamborghini and Bugatti their own. The Volkswagen AG owns about 44 factories in 18 countries on 3 different continents. 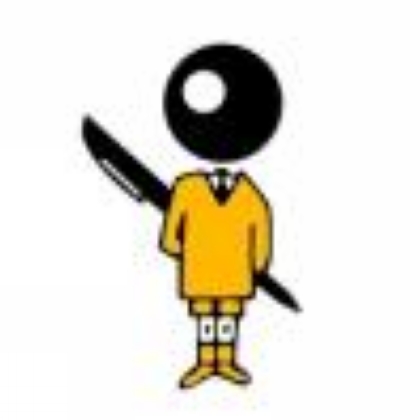 A real soap opera sometimes takes place behind the scenes of a brand. Do you know what side Mr Clean’s earring is on? That depends on where you live. According to myth, the famous balding man changed the location of his earring in order not to be considered a homosexual. Is that true? The P&G spokespeople couldn’t give a clear answer to that. Where this myth was born is a mystery. If Mr. Clean changed ears, why do images of pirates, skinheads or rock stars stay the same?

This is a story without end. Let’s just put our Mr. Clean back where he belongs. In a closet.

Cigarette brand Lucky Strike also had to deal with wild stories. In 1941America declared war on Japan after the destructive strike at Pearl Harbour. That year the classic green packages changed into white ones bearing the slogan ‘Green has gone to war’. So green turned into white with a red polka dot in the centre. You’ll be quick to recognise the features of the Japanese flag. Funny coincidence? Not if the words ‘Lucky Strike’ are printed next to it. The combative design hasn’t changed since.

The road to having a fully functioning brand is a long and windy one. Every brand can miss an exit or drive through a red light, but the majority will get back on track. A mistake from the past is one you won’t make in the future. So take heed, but never forget that a little reckless driving once in a while doesn’t necessarily have to be fatal.