The more successful you are, the more people will imitate you. Counterfeiting is nothing new. Everyone knows about it, everyone has seen it. Some even do it themselves. The European Union has noticed a 900% increase in the European counterfeit market over the past few years. The International Chamber of Commerce has translated the value of that percentage into cold hard numbers: 650 billion dollars. Which was the exact budget the Americans had for the war in Iraq. So what is copied the most? And what should we do with all those thousands of Elvis impersonators? BLA got to the bottom of the issue.

Hitching your wagon to someone else’s: a market terrorist’s strategy.

These are the brands that are copied the most within their sector.

The top six most famous and counterfeited sectors 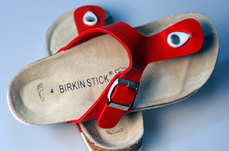 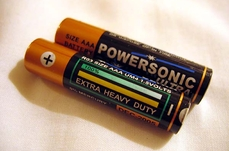 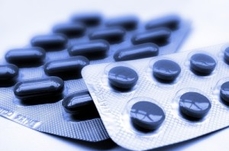 The battle of the brands

The war on fakes has been waging for years and it’s been fought in an increasingly inventive way. Especially since the beginning of the millennium, counterfeiting has turned into ‘counterfighting’. Since the arrival of the Internet, Europe and America in particular faced a true epidemic in pirate software and fake cd’s. After the DVD went mainstream, a huge amount of illegal film copies were traded all over the world. When a new product is launched and it becomes increasingly popular, gaining market shares, counterfeiting will pop up quite naturally.

“But wait! Things could be even better!”, some master forgers must have thought. After successfully copying the entire Apple iPod line, some Chinese car developers are heating up the ground underneath Ferrari’s feet. They developed an exact replica of the famous Ferrari model in Counterfeit Country, China, at 1/10th of the original price. We won’t be able to tell for a while if the materials are just as reliable as the real ones, but this goes for all fakes: we wouldn’t hold our breath.

Not only the amount of products but also the way these fakes are being marketed has expanded. Fakes are no longer just being sold on the streets. Take for instance the ‘label shops’ in Istanbul where people can buy all the famous brands at bottom shelf prices. They offer anything from Hilfiger tops to Chanel N°5 perfume bottles. These shops are mainly visited by hordes of tourists. This blatant attack on the victimised brand’s market share doesn’t just cause profit losses, but also damages the image and quality of the original brand. 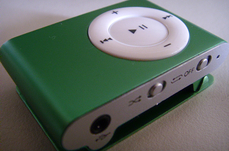 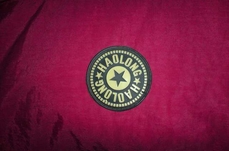 Every fashion brand is faced with counterfeiting

Two eighteen year-olds from Florida found another way to flog their goods. They organised a Tupperware® party, but with luxury fake Louis Vuitton bags instead of sturdy plastic containers. Little did they know that there were plain-clothes police officers amongst the revellers. The young men were arrested on the spot after they had sold a few bags. These kinds of ‘purse parties’ are the latest trend in the fake fashion market.

Side effects of a placebo

Brand theft also occurs in the medicine sector. This is really dangerous for the public’s health, but the turnover keeps on growing to almost 1 billion dollars a year. These fake pills often lack important particles that actually treat the ailment. Fake medicine can be recognised by its packaging, so a detail that seems off could be a sign of counterfeiting.

After years of copying a brand, sometimes a new category of counterfeits occurs. Sometimes the unwanted brothers and sisters of an original brand can be just as successful. This most often occurs in the T-shirt industry. A few years ago, the celebrity trucker hats by Von Dutch became so popular, different versions of their T-shirts started popping up quite rapidly. Their recognisable typeface remained, but the name was changed. A Belgian brand put out ‘Von Biatch’ T-shirts and ‘Don’t Touch’ was next. Not without results, because the t-shirts sold really well. Because ‘Von Dutch’ was known as a premium brand and as the owner of the font, you could recognise the original in every T-shirt. It was ‘acceptable’ because the original was always replaced by a witty alternative. Puma also faced some issues with doppelgangers. ‘Puta’, with an exotic dancer replacing the famous animal, was quite successful and a big hit at erotica fairs. ‘Tuna’ wasn’t as successful. These pieces of clothing often worked as way of communicating. By purposefully wearing the original’s counterpart, you’re making a personal statement.

The future of counterfeiting is looking good either way. New products and technologies are always discovered in order to circumvent the market. Will lines between real and counterfeit start to blur? Google was aware of their Antwerp version ‘Goegel’ and the Flemish ‘Hoehel’ and sent the parodies’ designer a couple of notices. The Antwerp version was altered but is still online, just like the ‘Hoehel’ one. Whether YouTube will make peace with its raunchy brother YouPorn remains to be seen. Fakes will exist as long as popular brands are around. Still, the only ‘brand’ that will always take the cake for ‘most copied original’ is the US dollar.