Your homeland needs your help.

What should Belgium do in order to solve its image problem?

Can we really no longer depend on the reach of Manneken Piss’s tinkle? Should we really genetically manipulate our Brussels sprouts to turn them into chocolate sprouts? No, because according to our prime minister we should spend €1.4 million on an international ad campaign that will attract foreign investors. Is this the right way to go? In this BLA you can find out how this image problem could be solved without that €1.4 million campaign.

Belgium, isn’t that that country that has things and stuff?

Just like in any regular company, the employees and management are often two of the most important elements that determine a brand’s success. In order to be successful, your employees and stakeholders should all be on the same page. The same goes for a country. The inhabitants and government of a country are the only ones that can attempt to raise a country’s profile. So, how do we give ourselves a better image? The first question that arises is: “Where have all the Belgians gone?” They only seem to exist during the World Cup (if we’re doing well).

Partly because of the Flemish-Walloon hurricane raging through the government, the people have started going their own way. As a result, Belgium has developed a somewhat schizophrenic personality. Belgium’s ‘employees’ no longer stand side by side. They are facing each other in battle.

Are we Belgian first and Flemish second? Or Flemish first, Belgian second? Do you even remember? Yes we are Belgian. But our country is being weakened by parliamentary crises. The longer these last, the faster the pride we feel for our country is dwindling. “Belgium” as a brand hasn’t been doing so well for a while now. Our national holiday is more widely celebrated in France than in Belgium.

Hey France, qu’est-ce que are you up too?

But who or what is the most important billboard a country can have? No, not our regional specialities but the leaders that run the country. They show up in the press, tv, and on the Internet every day and they make or break our image. Locally as well as abroad. Let’s sneak a peek at what our French and Dutch neighbours are doing.

France has always been a rebel, until it began to develop a dusty and dated image. That didn’t last long, though. The appointment of a new president called Sarkozy shook things up a bit and reinstated the old rebellious image. Sarkozy divorced his wife and immediately married a former supermodel, he gave witty quotes when he had had one too many, he made people Photoshop his love handles after posing for the cover of a gossip rag, he would tell sensationalist American journalists off… Sarkozy put France back on the map in no time as a charismatic and especially confident rebel. This was a breath of fresh governmental air for the foreign press but also for all the inhabitants of France. He took action, talked and discussed with his people. He was among the French, not above them.

The rebel wears a hat

Up north, things were slightly different. The Netherlands had a strong and chipper queen. The entire country would support her, because she was also one of the people. Every year, countless Dutch people would celebrate Queen’s Day and the entire country would be dipped in orange. Not just the random flags in some places, but a tidal wave of orange. Everyone would get involved and honour The Netherlands’ sweetest grandmother (who had also created an advertising property through her hat collection). Beatrix had her own hallmark: the royal ‘K’ for ‘Koningin’. Her heirs are very powerful as well and the country is known for its many ground-breaking liberties. The odd scandal didn’t damage the royal family’s reputation too much, it just made them seem more human. That’s something every Dutchman understands.

Now that son Willem-Alexander has taken over, he’s sure to follow in his mother’s amiable footsteps.

Our king sends out his Christmas message once every year. However decent his messages may be, the reality is a harsh one indeed. Judging by the ratings this video message gets, you can immediately sense how many Belgians feel the need to hear his words of encouragement. Where did the King go wrong? Doesn’t he know that having an extra-marital daughter and acknowledging her existence is a good thing? Especially when she’s a semi-British artist? Yes, Your Majesty, you have a cool daughter. Admitting your mistakes makes you a real person. Your people would appreciate and respect that. Does the King suffer from low credibility because he bought an Italian boat or because his successors only make headlines when they put their foot in it on a trade mission? There are enough reasons to speculate, but it always boils down to the same thing. Did you ever see King Albert or Prince Filip jump out of their seats to encourage Kim Clijsters or Justine Henin? No, that never happened. Not even when the Red Devils were playing, but that’s a different story (in order to get cheered on, you need to be able to play a real match somewhere first).

“Some variation and a smile can work wonders / Delphine Boël)

An image problem is good for our image

But why do our neighbouring countries have active leaders while we have passive ones? By actively supporting your country and stimulating the inhabitants with your own personality and enthusiasm, it won’t be just you getting an image boost but the country and its citizens will profit from that as well. Foreign investors are looking for action and enthusiasm. A country where they can start up projects and build a future. Let’s be honest, wouldn’t you rather invest in an active and enterprising country than one that has a linguistically schizophrenic population and absent leaders?

If an image campaign has been decided upon, then it will get done. And then we’ll be done with it. That’s why it’s a short-term solution. A change in image won’t happen overnight; it takes time. And as you may know, time is something no one ever has. You also mustn’t forget that creating a new image isn’t always problematic. The challenge may lie in making the old image disappear. How do you do that?

Start from ground-level: involve every Belgian in making the image campaign. Because it’s not just a budget, but the people themselves that decide upon a country’s image. That’s all fine and dandy, but how do you involve 10 million people in 1 project? Select three specialised ad companies and let them build you an image campaign. Put these three campaigns together on one website, let as many Belgians as possible decide which campaign they prefer. Let the citizens decide what image is best suited for the country. Those kinds of initiatives (and resulting press) resonate more with foreign investors. It kind of makes sense, since no one expects to spot a good investment deal in a classified ad in the paper.

What would you do?

What would you do with €1.4 million to make Belgium more attractive for foreign investors? Would you split the budget between Flemish people and the Walloon population, would you paint the Atomium red, yellow and black? Would you donate the money to a country that has an image, but no food? 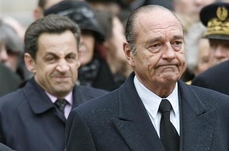 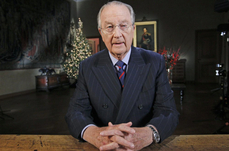 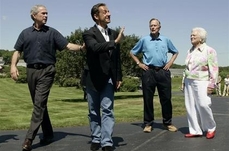 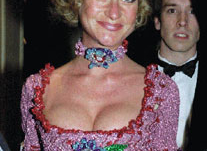 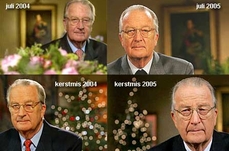 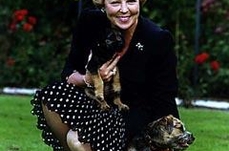 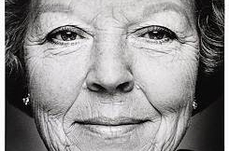 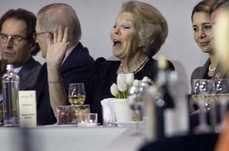 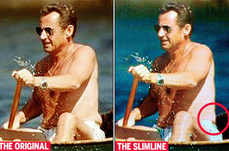